It’s generally accepted that the pacts made at COP26 don’t go far enough to prevent widespread devastation from climate change. So what changes can we make to do our bit?

Despite a last-minute agreement to phase-down coal, COP26 failed to secure the change required to protect our climate and our long-term future. Back in 2015, the Paris Agreement was a ground-breaking commitment to stop global temperatures from increasing by more than 2°C on average, while doing their best to limit this to 1.5°C.

Those figures are compared to the year 1850, before fossil fuel use exploded during the industrial revolution. Since then, human activity has warmed the world by 1.1°C.

Now, we would rather the average temperature didn’t rise at all right? So why is 1.5°C the target?

According to NASA, 2°C of warming could result in a 65cm rise in global sea levels by 2100, with more than 70 percent of Earth’s coastlines seeing sea-level rise greater than 20cm. That’s compared to 10cm at 1.5°C.

Now 10cm may not seem a lot, but according to an IPCC report, every 10cm rise affects up to 10 million additional human lives worldwide, not least small island nations. And it’s important to note that 8 of the 10 biggest global cities lie close to a coastline. As it stands, heat waves have become more frequent and are lasting longer, and the height of extreme sea levels caused by storms has increased. The government notes that warming is expected to cause more intense, heavy rainfall events. With a rise in these extreme weather conditions, across the globe, we’ve had a taste of the catastrophic effects further change could have.

Given the lacklustre targets agreed at COP26, it seems to us that the world leaders are throwing all their eggs into the climate-capture basket (using giant fans to filter and store carbon from the air) and it’s a big risk… this technology remains a long way from being effective at the levels required to make a difference.

So with COP26 falling short, what are the most impactful changes we can make as individuals and as businesses?

Given the scale of the problem, it’s hard to know where to start, so we’ve highlighted some simple yet meaningful changes we can all make to reduce our impacts.

Vote with your wallet: Buy local produce, and support responsible businesses or those that advocate for change.

Reduce Reuse Recycle: Treat what you do buy with respect, remembering that recycling should be the last resort where possible… and where it’s not, dispose of waste responsibly

Greener Transport: Try to use public transport, or where possible walk or cycle, particularly for short journeys.

Avoid Single Use: From coffee cups to cutlery, there are many alternatives that can reduce your footprint.

Offset Your Emissions: Purchasing carbon offsets enable projects to reduce greenhouse gases that would otherwise get released into the atmosphere, also promoting sustainable development and renewable energy. And they’re not as expensive as you might think!

Reduce meat intake: The UN estimates that the meat and dairy industries account for 14.5% of all manmade greenhouse gas emissions.

Support and amplify environmental causes, policymakers & movements: Policy change is going to be essential in the fight for our climate, as alongside fossil fuels, we’ve got the crises of deforestation, waste, freshwater, and soil to tackle.

Sometimes these issues can feel overwhelming, but remember that small adjustments, actioned by many, can lead to big change. 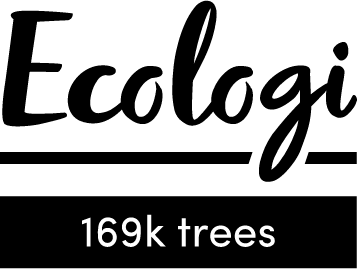